Over 65 years of age and have an interesting sex life? - Annecto Skip to content

Home » News » Over 65 years of age and have an interesting sex life?

Over 65 years of age and have an interesting sex life? 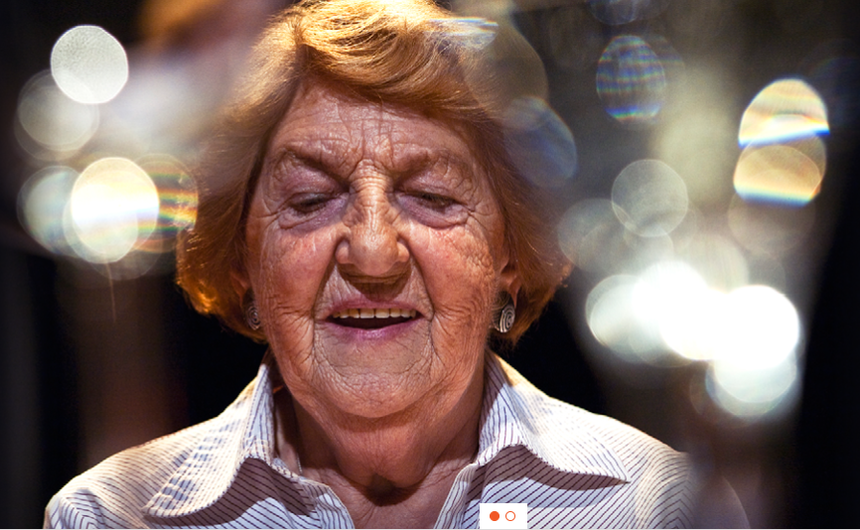 Today is your lucky day! The Mammalian Diving Reflex company, based in Toronto, Canada, are looking for people over 65 years of age who either have interesting sex lives, or want to share a story about their love life, on stage.

The production, ‘All the Sex I’ve Ever Had’ is a “Gripping, raw, heartbreaking and funny verbal tapestry” (as described by The ArtBlog).

The stage production will be showing during the Melbourne Festival during the 12 – 15 October 2017 at the Arts Centre in Melbourne.

“We want real people. No actors, writers or directors, just real people who want to share their stories about sex, love, heartbreak and all that stuff that happens in between,” explains Alice Fleming from Mammalian Diving ReflexLet’s face it, every generation thinks it invented sex. But your grandparents probably have stories that would set your jaw to dropping.So let’s hear them!

The production shows a group of people, over 65 in age, from the Melbourne community who reveal through high drama, low humour a life between the sheets. From firsts to lasts, life-changing lovers to forgettable duds, the collective roster of intimacy imparted here amounts to a sexual history of Melbourne as told by those who put in the hard yards.

In a culture that reserves sex for the young, this is a taboo-busting work making public the privates that rarely get their moment in the sun. More than a mere exercise in titillation, it cuts to the heart of the human need to connect, whatever our age may be.

Successful applicants can expect a $600 honorarium, if they make it through to production and performance.

The deadline for casting has been extended. The first workshops will be held on the 19th & 20th of September, with the dress rehearsals and performance held on 11th of October. Please get in touch if you are interested in being involved!

Staying healthy and happy at home

annecto is an independent, social purpose not-for-profit organisation with community contacts across Australia.  Our clients include people with disabilities, older people, families and carers who want advice, advocacy and support. For information about how we can help you, please call 1800 266 328 or email enquiries@annecto.org.au.

We would love your presence and participation at the launch of our three new locations in the South East Melbourne region. Our new spaces are

Embracing the return to normal

The start of autumn marked the easing of COVID-19 restrictions and a slow return to normal. Team lunches and drinks, community events and expos… Many exciting in-person events have been happening in March!

Written by Mary Rekaris, Housing and Support Transition Coordinator at Annecto    There aren’t two people like Helen. Her unique and vibrant personality means she

What does the new Annecto brand mean?

A large number of workshops were conducted with our staff to identify the essence of the organisation, and create this new brand look and feel. The Annecto brand

What does 26 January mean?

A message from Cheryl De Zilwa, CEO of Annecto.  We are fortunate enough to live in the beautiful country that Australia is, with its unique fauna and

When Mary, Transition Coordinator for Housing and Support, started working with Trevor he had been in Aged Care for seven years. A ‘simple Aussie bloke’,

Annecto acknowledges the Aboriginal custodians of the land our offices are located on and pay our respects to Elders past and present.
We acknowledge their traditions, cultures and ongoing connections to country, both land and water.