The 2015 annecto Annual General Meeting was a huge success with 150 attendees enjoying hearing stories from the heart, from some of annecto’s clients, staff and organisations with whom we have partnerships. 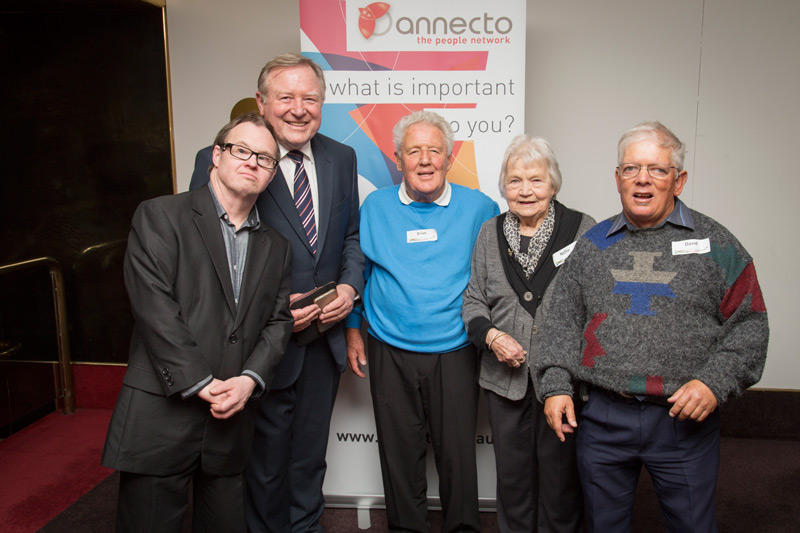 Chief Executive Officer Estelle Fyffe, Vice President Wendy Dunn and Treasurer Vivien Beer conducted the business side of the AGM.  Estelle Fyffe introduced the 2014-2015 Annual Report with the theme ‘Enabling self determination to live a life of potential’ which captured the focus of annecto’s work during the year.

Estelle also acknowledged the passing of Ron Locke, life member of annecto.  “Ron’s visionary leadership and steadfast contribution was valued by many. He was a huge support to me and was very involved in the community of David House.  Knowing he wasn’t going to be there to support his daughter Rachel, Ron made some courageous decisions that has seen Rachel living happily in her own home.”

Peter Hitchener performed the duties of MC again this year.  Caught in traffic on his way to the meeting, Peter bustled onto stage: “They say all good things come to those who wait, I’m sorry you had to wait as long as you did,” he said to a boisterous crowd and thundering applause.  He spoke of his admiration for the work annecto do for the community – “annecto has many staff from diverse backgrounds, it’s a remarkable organisation,” he said to the audience.

In the spirit of the theme ‘enabling self determination to live a life of potential’ a mixture of video and live stories were shared.

Afram Saeg and his family attended the event, his video story told of his family’s escape from war torn Iraq and the subsequent mental and physical problems he suffered here in Australia.  Read Afram’s story here, watch the video here, or see a condensed version in the 2014-2015 annecto Annual Report.

The team in Ringwood have been working closely with the Afghan community and a video story demonstrating the important role annecto play in acting as the link between individuals and their community, was also shown.  Watch the video here. 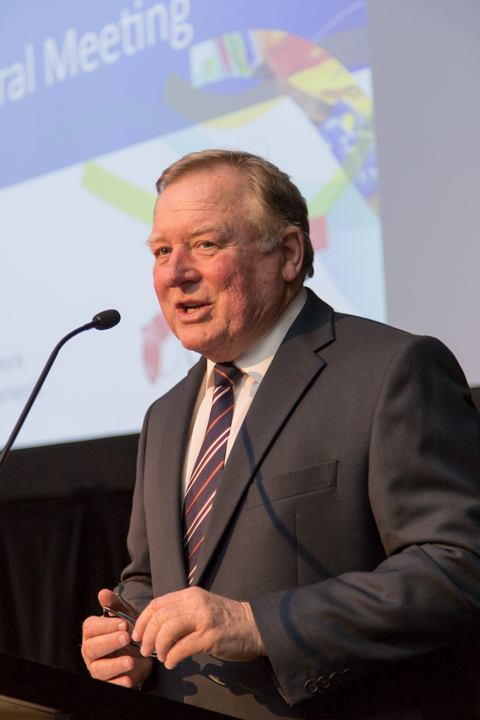 Paulette Whitton from the Yuwaalaraay (U-rall-e-i) and Gamilaroi (gam-il-ir-oy) peoples in North West NSW is annecto’s first Aboriginal Liaison Officer and made an impassioned speech in person. She spoke about her task of developing an Aboriginal Reconciliation Plan and how turning good intentions into actions is the most important part of the Plan.  “Good intentions make deadly actions and deadly actions in Aboriginal language is good. “Paulette also spoke at length about the largest population of Aboriginal and Torres Strait Islanders in Australia residing in Western Sydney and why they are reluctant to seek services.  “Aboriginal people are not accessing aged care services because they are fearful of being shoved into an old people’s home, and frightened the white people would take their grandchildren away from them,” shared Paulette.

Vince Alicastro made the courageous decision to tell his story in person. He and his sister Maria and annecto Case Worker, Lael Power sat on stage and with the aid of text-capturing on screen behind him.  Forty-six year old Vince lives with MS and suffered a stroke in 2013, which left him with many physical disabilities.  Too young for the Irymple nursing home he resides in, Vince’s salvation has been the social outings he receives through annecto that connect him with younger people with things in common.  A wonderfully passionate man, Vince’s humour was evident as he spoke frankly about his life as one of six children growing up in an Italian-Australian family in Mildura.  Read a condensed version of Vince’s story in the 2014-2015 annecto Annual Report. 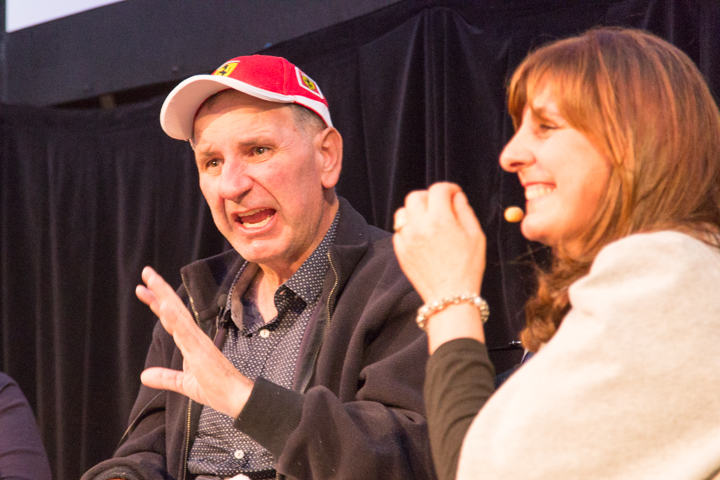 Jackie Ross, annecto Western Coordinator and Malcolm told a story that shows we need to change the way we transition older people with disabilities to retirement. Malcolm is 75 years of age and loves sleeping in.  With five days a week at David House, sleeping in became a desire that was never fulfilled, for Malcolm.  Watch the video here, or see a condensed version of Malcolm’s story in 2014-2015 annecto Annual Report.

Attendees heard about the success of Speakers Bank. Speakers Bank gives people with a disability an opportunity to share their stories and for the wider community to gain an appreciation of their resilience and ingenuity. With 36 speakers, Speakers Bank is proving to be a winning solution for organisations looking for inspiring stories. Read more about Speakers Bank in the 2014-2015 annecto Annual Report.

The 2015 annecto Awards were announced at the AGM. Read about the winners here.